Today we’re going to try something new! Me and my friend, Brianne of The Huntswoman, love talking about our dogs (and sending cute pics of them!). We thought it would be fun to interview each other about our “Dog Mom” lives.

In this post, I’ve shared a bunch of questions with Brianne, from how she adopted her corgi mix, Lena, to the kind of dog food Lena uses, pet care, and all of that good stuff!

My interview with Brianne can be found here. You can also follow my fur baby, Luna, on Instagram, here.

Leah: So how did you end up adopting Lena?
Brianne: Good question! My family adopted Lena about 5 years ago. We knew that we wanted a dog that was active and fun loving, and who wanted to snuggle. We did a lot of research on breeds, and then we adopted her through a local foster program.

Lena is very much a people dog, and she’s always leaning up against one of my family members. Unless she’s looking for crumbs in the kitchen!! I sometimes call her “Sherlock,” because she’s always investigating something. She’s very engaged and smart.

Leah: Were there any issues after bringing her home?
Brianne: Lena had been in an abusive situation, unfortunately, so we knew to give her a lot of room and never crowd her. She had some issues adapting to the men in the house, but after a couple of weeks she was totally fine.

Leah: Aww! That’s so sad. I’m glad she’s doing better now.
Brianne: Me too! She definitely is doing much better.

Leah: After bringing her home, did you have to get a dog trainer?
Brianne: You know what they say, it’s usually the *people* who need to be trained! We did a bunch of classes at PetSmart, and we actually did two classes so everyone knew the rules.

Lena is really smart, so she’s very great to work with. She communicates a lot as well. She’ll make it clear when she’s ready to go out, if her water bowl has tipped over, etc.

As for dog toys, Lena loves playing tug-of-war and fetch with stuffed animals. We have a lot of Top Paw ropes, lol.

Leah: What do you wish you had known before becoming a dog mom?
Brianne: Honestly, the appointments! Between groomers, doggie daycare and vet checkups I sometimes feel like I’m a soccer mom.

Leah: Haha, I totally get that! What is your favorite thing to do with Lena?
Brianne: We love going on long walks! There’s a paved bike path by my house, and Lena really enjoys prancing (yes, prancing!!) up and down it. 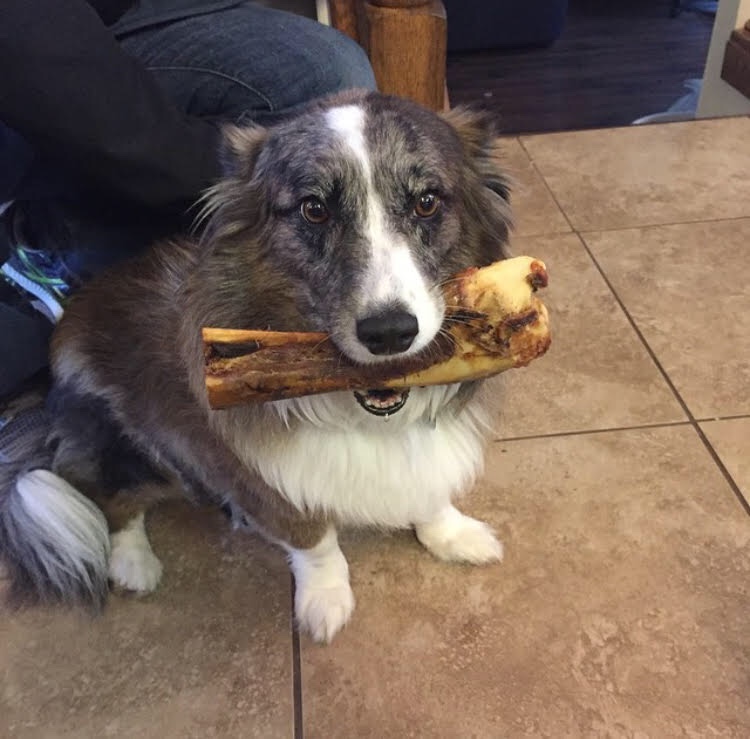